Another carhauler tagged on the tracks 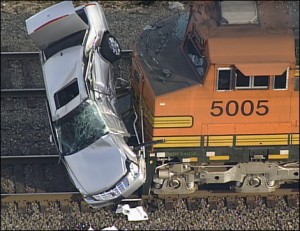 KOMOnews.com has a great report on the accident: “KENT, Wash. – A freight train smashed into a semi truck loaded with new cars as the truck was crossing the tracks Friday afternoon, officials said.

The impact mangled the semi tractor’s cab and its trailer, and impaled a new car on the front of the train’s engine, which continued down the tracks for another half mile before it was able to stop.

There were no injuries reported in the crash, which took place on State Route 167 at South 212th Street.

The twisted remains of the semi-trailer and its cargo of new cars remain at the scene of the impact, and the highway remains closed where the train is blocking both lanes.” 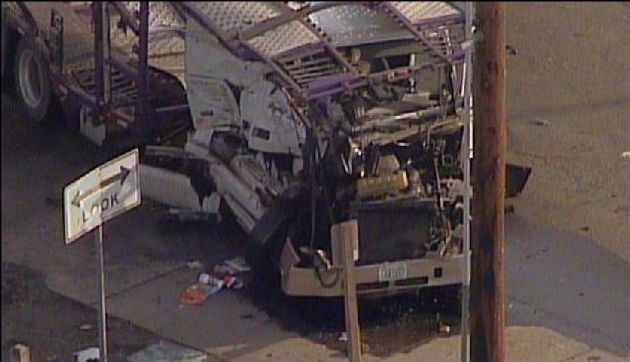 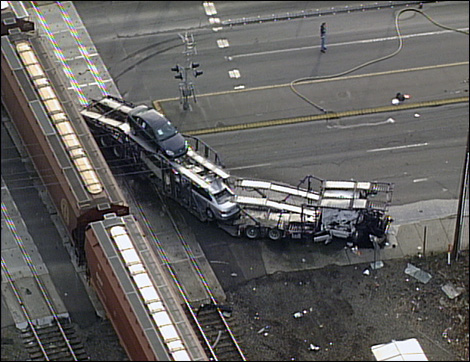 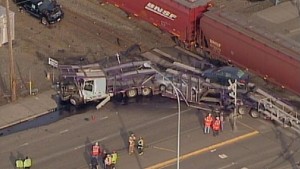 This entry was posted in Auto Transport and tagged accident, oops, wrecks. Bookmark the permalink.

2 Responses to Another carhauler tagged on the tracks