This is off of NJToday.net 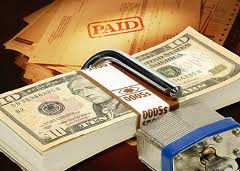 Last Thursday afternoon, a jury found that John Melchionna, a former Linden resident, had stolen over $30,000 from The Hamilton Group, a finance company in upstate New York. At the time, Melchionna and a friend were running a car carrier business out of Linden, said Assistant Prosecutor Ann Rubin who prosecuted the case.

Using the friend’s identity without his knowledge, Melchionna sold The Hamilton Group

phony invoices for trucking services his company, Primo Auto Reflections, had never performed, said Rubin. Melchionna forged his friend’s name on the application for the financing agreement and the financing contract and pretended to be his friend during telephone conversations with the finance company’s owners.

The scheme was discovered when The Hamilton Group’s president contacted the company whose name was listed on the invoices and learned the invoices were fraudulent. Melchionna then tried to blame the fraud on the friend whose identity he stole, secretly tape recording one of their conversations to make it seem that the friend was responsible for committing the crimes, said Rubin.

According to Rubin, Melchionna kept most of the money he stole using the rest to repay other people to whom he owed money.

Sentencing is scheduled for May 26, 2011 before Judge Miriam Span.