Alpine Transport, Inc. was formed in 1999 by Ross Feuerhelm just as his son Mike was getting out of serving in the Army. Ross needed someone to haul cars for his car-sales business and Mike was looking for a career path. They bought a small trailer that hauled 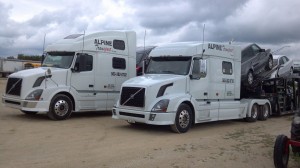 three cars at a time and one thing led to another.

Soon the Feuerhelms were receiving requests from other car dealers to haul cars for them as well. A second truck was purchased as the business of hauling cars from one place to the next grew by leaps and bounds each year.

A huge step in the process occurred when Alpine Transport obtained authority to broker the deliveries to other carriers. Eventually, brokering other truckers to haul cars for Alpine Transport represented as much as 38% of their business.

Mike’s sister, Sarah Christen, oversees the office work and brokers as many as 1,500

After a few years, Alpine Transport was hauling a lot of cars for Lexus, BMW and Porsche dealers, including cars that were purchased on line.

So how expensive are some of the cars they’ve hauled? 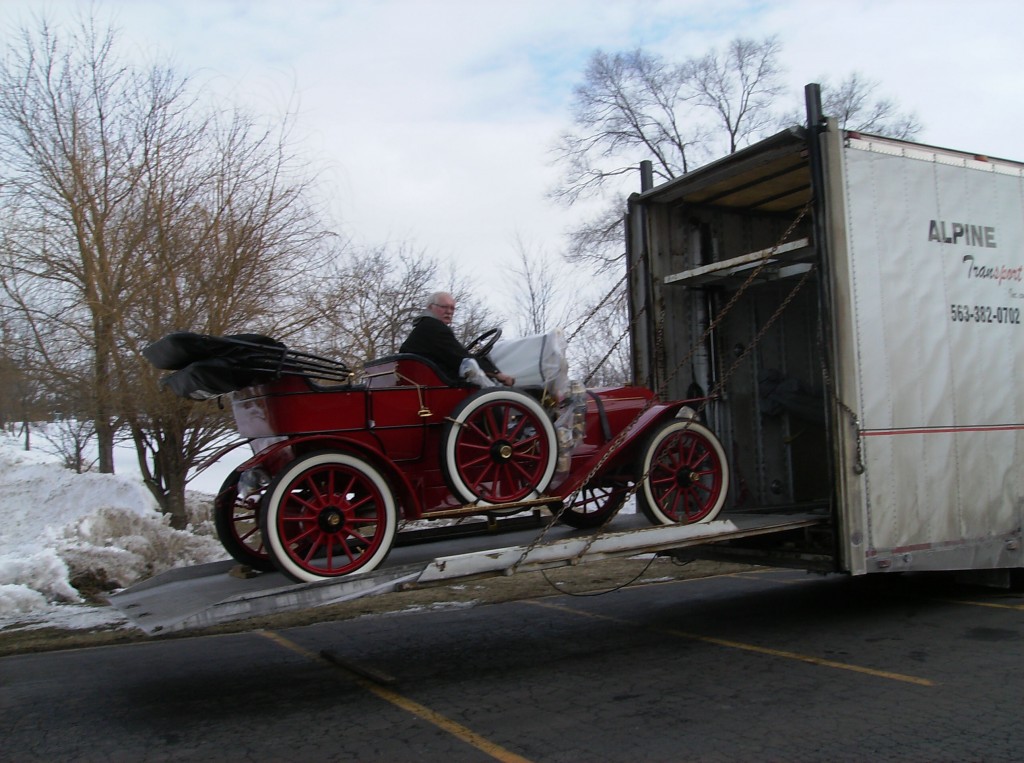 Mike said probably the most expensive car they’ve hauled is a Shelby valued at about half a million dollars. It went down to Florida and required them to take on some additional insurance.

Sarah said the bulk of their customers are from Minneapolis or Chicago, and many of these customers are well-to-do mid-westerners who winter in the South. Repeat customers are instrumental to the strength of their business.

“Our bread and butter is our snowbirds, our seasonal customers,” she said. 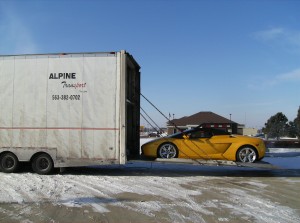 home near Evergreen, Colo. Another notable customer was a physician from Sioux Falls, S.D. who would exchange his new Porsche for another one about every three months.

And customer relations can be a challenge. Some customers expect a car to be delivered in two days much like a FedEx package, Ross said, pointing out that drivers can only be working 10 hours at a time and that time includes loading up the truck.

“It changes every minute,” Ross said of the business. “There’s a real elasticity to who wants what done first.”

Alpine Transport, which has offices at a residence along U.S. Highway 52 a few miles from Decorah, employs six drivers and five office workers, including one worker who pretty much spends all her time keeping abreast of Department of Transportation regulations.