The question is why? Well as I see it if they gave them concessions on wage to help them stay viable(profitable) they fear that others(including automakers would make the same moves next. They appear to be willing to sacrifice a company with 2000 union jobs to keep from setting a precedent. Their risk is that so many jobs may be replaced by non-union carriers that this could be the beginning of the end for the unions. If they can’t get a significant percentage of the workers employed soon then how do you think the next strike vote will go! I don’t think they should have played hard-ball in this economy. It probably would have worked 3 years ago.

Here is a Teamsters opinion

Copied here from a comment on thecarhauler he is responding to a comment from ford focus buyer that blamed the union for loss of the PTS jobs. 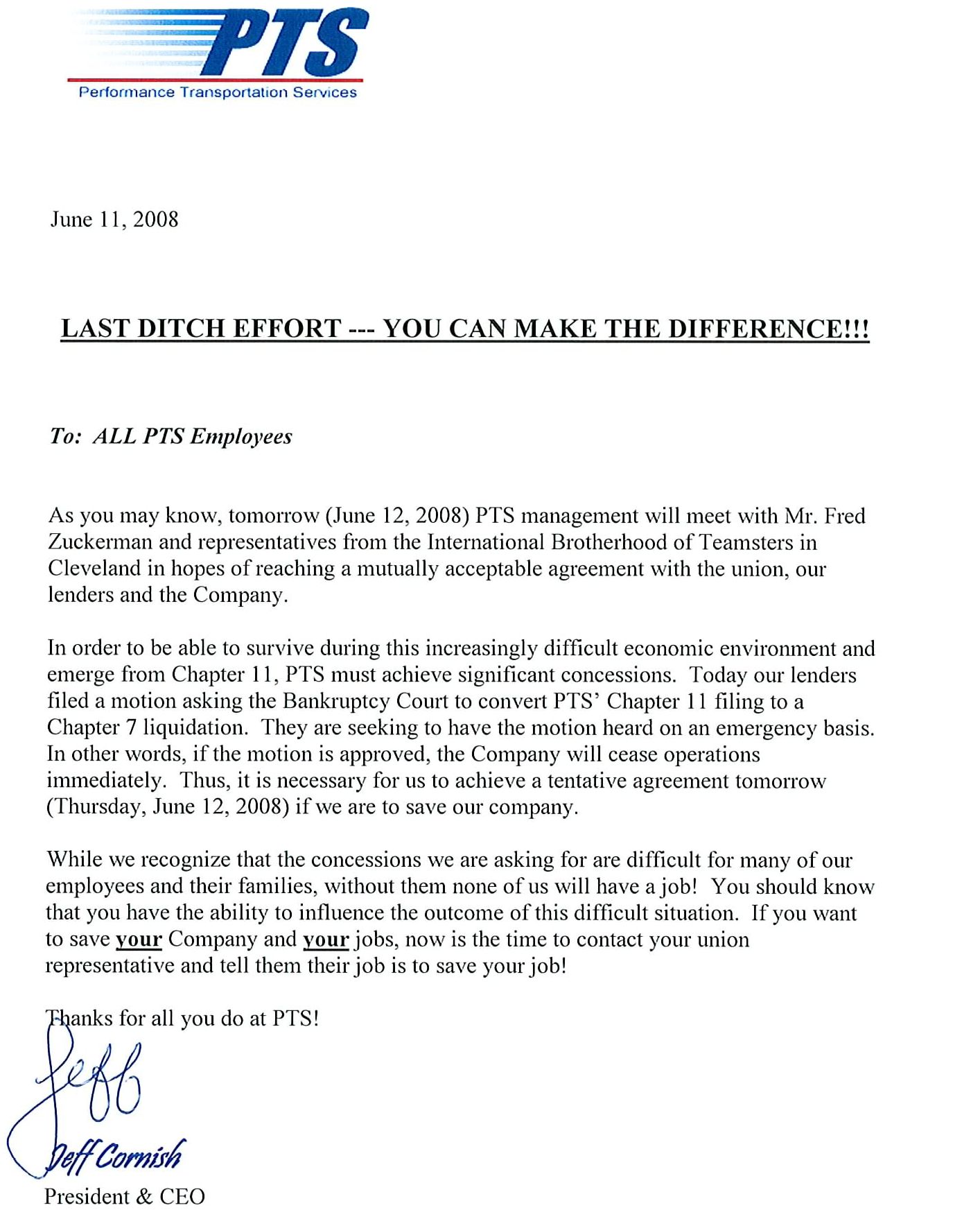 This entry was posted in Auto Transport and tagged pts, teamsters, union. Bookmark the permalink.