I think we have all operated around the 800lb gorilla we call  Central Dispatch. For some of

you they were a wonderfully powerful ally. For those of us that had been snarled at by the gorilla we kept a comfortable distance. Now that gorilla has become the 1600lb gorilla because he has joined Forces with 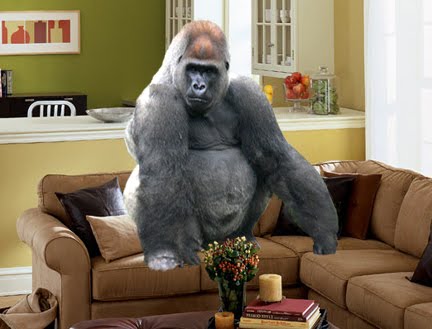 a neighboring 800lb gorilla. The questions are varied in their specifics but the bottom line is what will change?

In my world of software I have heard of two different capable competitors formulating a competitive solution. With the exception of UShip, I don’t know of any that have become viable. I’ll save my opinions of Uship for later. Right now, if nothing is done to assure the industry that the 1600 gorilla is friendly and tame, there are some shots that will be fired at him. Some of those are driven by fear and others are just because they see a window of opportunity during the change.

Right now the gorrilla seems pre-occupied and there is no dialogue to dissect. When that changes we will be able to make a more educated guess.

Update: just got off the phone with CentralDispatch and now I have to get over being insulted!