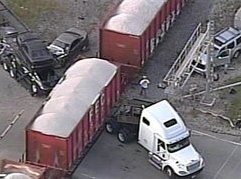 WSVN TV in NORTH MIAMI, Fla. is reporting that a train crashed into a tractor-trailer after getting stuck on the train tracks.

According to officials, the tractor-trailer was carrying Lexus vehicles and became stuck on top of the train tracks in the area of 141st Street on Biscayne Blvd. Monday afternoon. The train was unable to stop and crashed into the trailer.

Two Lexus vehicles were knocked off the car carrier, which caused damage to the vehicles. 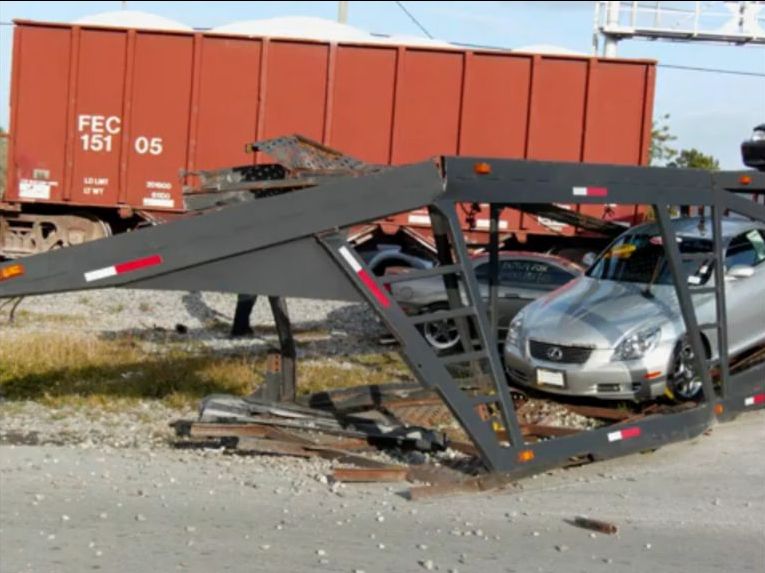 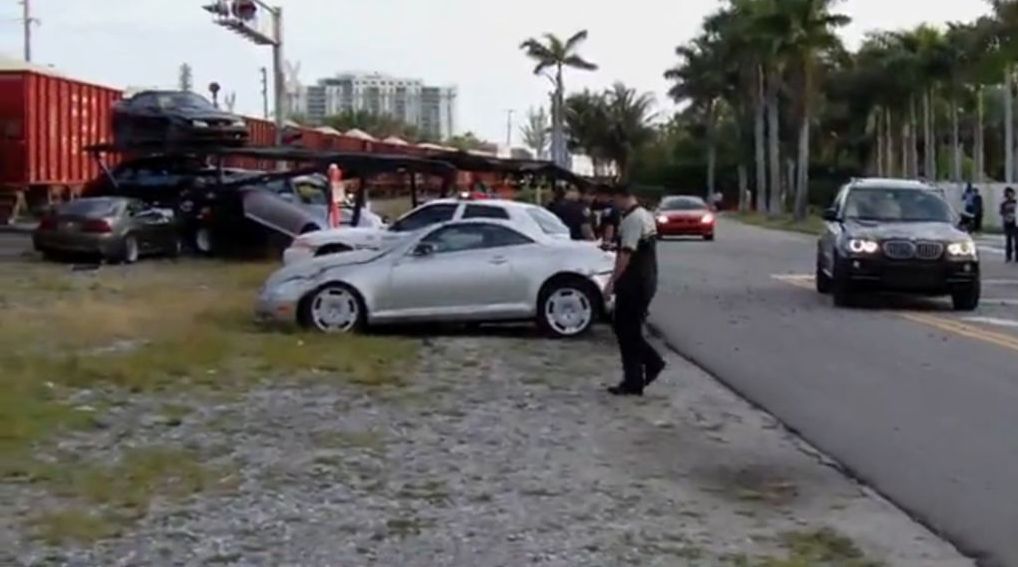 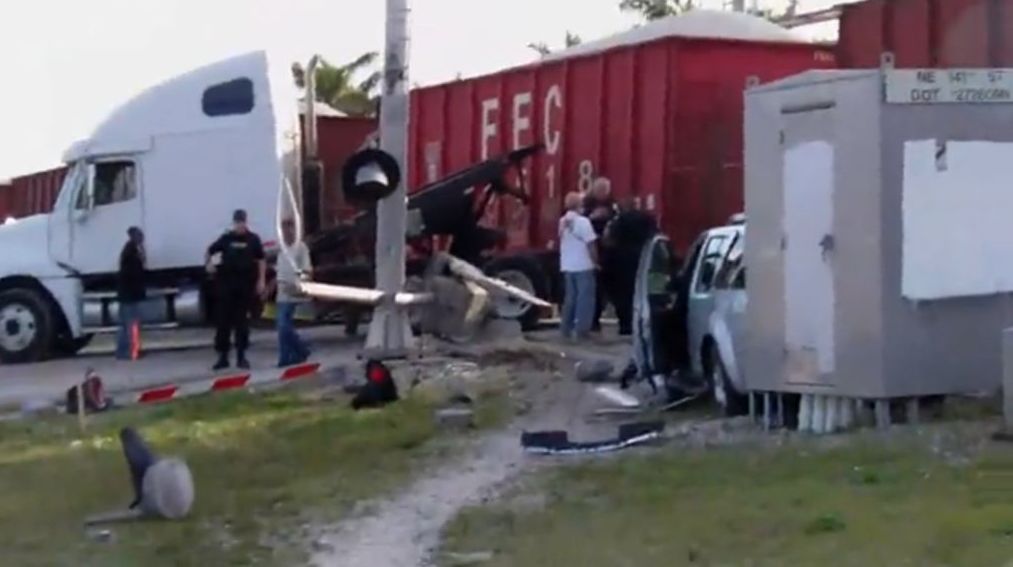