A great job by all saves a car hauler

The Montoursville fire dept got a call to respond to an apparent axle fire on a car hauler. 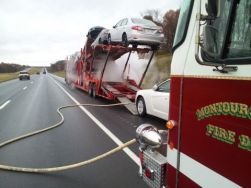 When they arrived the driver already had the two cars over the trailer axes off loaded allowing the fire dept to put the fire out. Some quick work by the driver in combination with a quick response by the fire crew saved this truck and the cars on it. 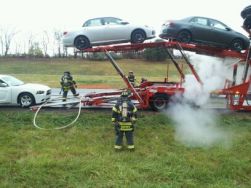 units found smoke from the rear
axle and the operator of the hauler offloading new cars. The Rescue-Engine stretched the bumper line
and was able to keep the problem contained to the area of origin.”

This entry was posted in Auto Transport and tagged fire, oops, wrecks. Bookmark the permalink.