A flag for Joe on memorial day

A horrible crash in Minn has claimed the life of an auto transporter out of Phoenix AZ and the driver of the vehicle that hit him. According to the Minnesota State Patrol an SUV crossed the center and struck the transporter head-on. Our prayers go out to the familys of both drivers. 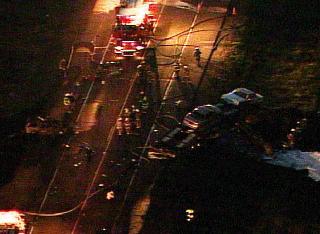 5-16-08 The names of the two drivers have been released. The transport driver was Joseph H. Puckett, 49, of Phoenix, AZ and the suv was 18-year-old James E. Selden II, of Shafer.

This is so tragic! James was reportedly depressed. This report on startribune.com says that someone was concerned enough to call 911 when he left in his suv!

This entry was posted in Auto Transport and tagged accident, Gone but not forgotten, tragedy. Bookmark the permalink.