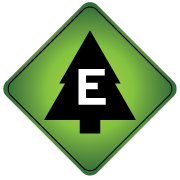 Looks like the typical “grab the money and run” routine. They must teach that at broker school. There is a screen shot below from transport reviews. You can click on the image to see it full size so it is readable.  I hope none of you are waiting on a check from them!

UPDATE: email from evergreen “In July, 2011 our website was stolen after we discovered fraudulent calls coming from the marketing company we have a rental contract with. The long term rental contract was specific about the website and its phone number. The website produced about 90 percent of our incoming quote requests and bookings. The other 10 percent comes from our other website and repeat customers. We then tried advertising on Google, Yahoo and Bing sponsored ads. On September 13th, 2011 we filed a lawsuit in Portland, Oregon for $520,000 to recover the website and damages. The case number is ASP No. 110913.

As it turns out we did end up losing money on the sponsored links so we laid off several employees and since our office lease was up we were going to move to a tiny office space. In October council told us that the lawsuit was settled and in fact we did get the website back in October. We then leased a bigger office and hired new employees. We even did a press release about it….a Google search will find it. The defendant refused to sign the settlement agreement and stole the website back on December 12th in the afternoon. Since the website produced 90 percent of our revenue, we were forced to immediately cease operations. Evergreen Auto Transport, Inc after meeting its payroll and refunding some customers has no more money.”