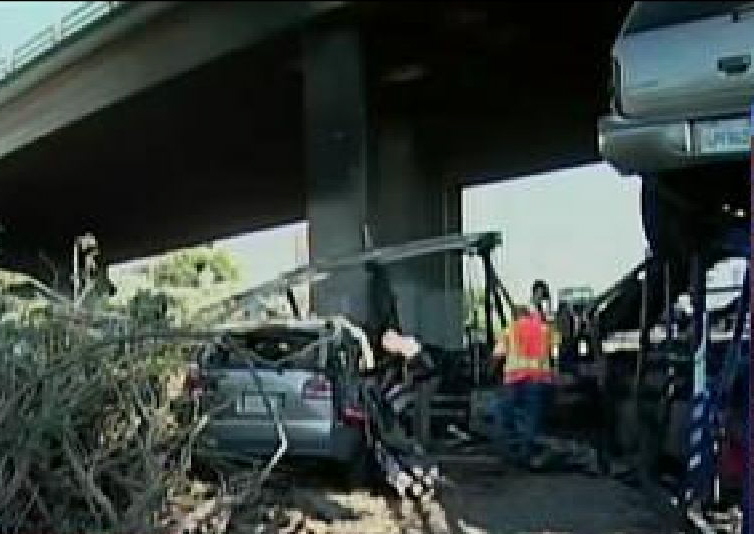 left front steer tire. The article states that the driver kicked out the driver’s side window to escape the burning truck along with the passenger. It also says that both of them sustained major injuries. They actually kicked out the passenger side window to escape and are both home and sore but doing fine. Apparently the window was sturdy and at this point the sore foot from kicking the window is the worst injury! 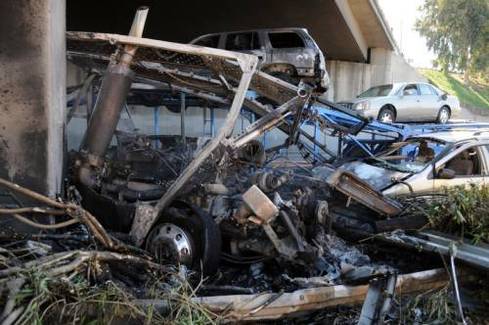 What kind of sports car is that in the belly position? 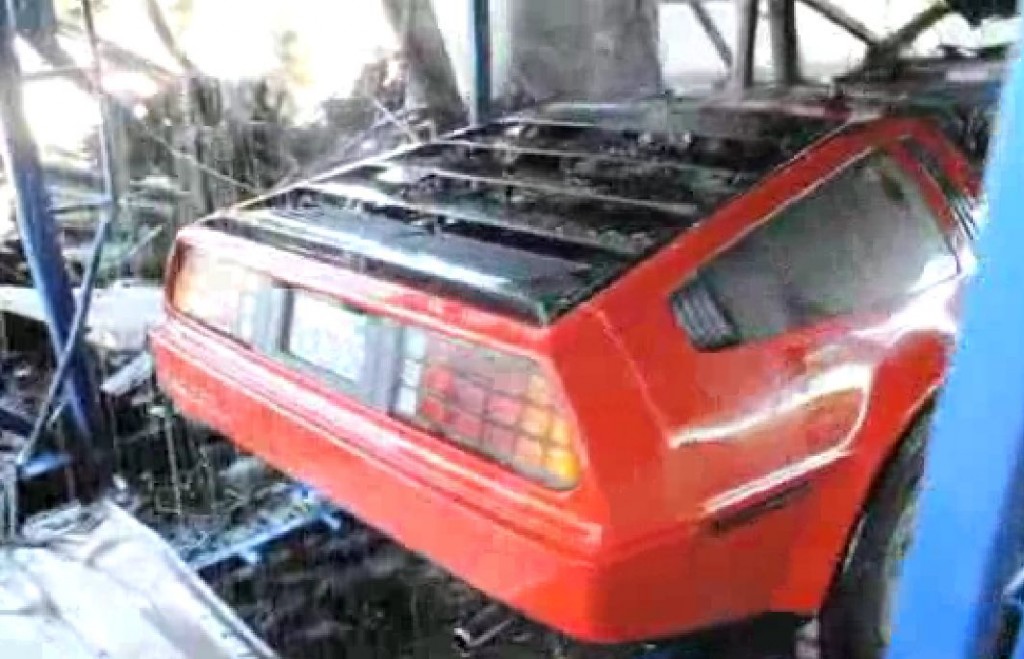 This entry was posted in Auto Transport and tagged fire, oops, wrecks. Bookmark the permalink.