According to this article the authorities think that a blown tire caused a broken axle: 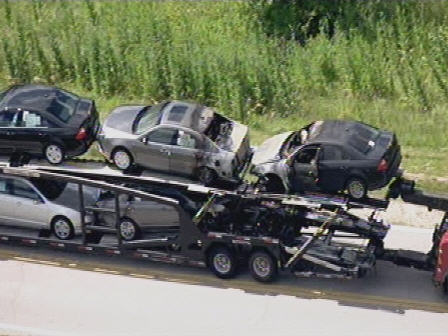 KMOV) — Traffic on eastbound I-70 in Foristell, Missouri is backed-up after an accident involving a tractor-trailer that caught fire.

It happened around 9 a.m. on Tuesday on I-70 near the St. Charles County/Warren County line.

Authorities said a car hauler headed eastbound on I-70 blew a tire that caused an axle to break and another tire to blow. As a result a fire broke out on the hauler that destroyed four band new Ford Fusion cars.  Eastbound 70 was shut down for approximately an hour and a half.

This entry was posted in Auto Transport and tagged fire. Bookmark the permalink.