Pinned under his own car carrier! 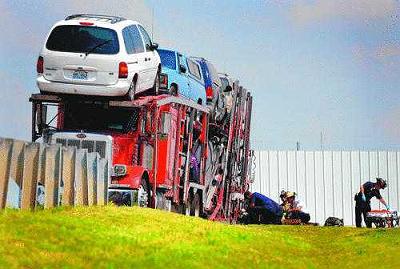 This reported on the CourierNewsOnline. they even have a short video.

ELGIN — The broad smile across Eddie Silva’s face spoke volumes about his relief and good fortune after emergency workers freed the 39-year-old truck driver who was trapped under his rig Thursday afternoon.

“I was just tying to fix the trailer,” said Silva, who was transporting vehicles from Copart Auto Auction Inc., 1475 Bluff City Blvd., for his company, Rojo Used Auto Parts of Hidalgo, Texas. “So when I finished, I was trying to get out, and my head got stuck on a piece of pipe.”

Silva had just left Copart when he said he heard what he thought was an air leak. He pulled the truck over, and crawled underneath to investigate when the truck came down on him, trapping his neck under a metal bar located between two rear wheels for about an hour. 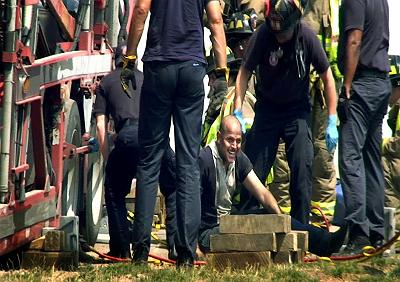 One Response to Pinned under his own car carrier!