Should there be prison time for equipment violations?

I copied this from the LancasterOnline news but the highlighted words are my doing.

Or that they had brought more money with them.

Robert Dillon, 42, of Levittown, (Long Island) N.Y., was driving on Route 72 through East Petersburg shortly after 10 a.m. Wednesday when a Manheim Township police officer noticed his rig did not have a required front license plate, Sgt. Robert D. Baldwin said.

Officer John Donnelly stopped Dillon for the violation and found safety violations when he checked his car carrier. The violations included not having enough chains to haul the vehicles, Baldwin said.

After Donnelly placed the truck out of service for the violations, Dillon called for another truck to transfer his load.

John Marino Jr, 26, of Hicksville, Long Island, arrived in the other truck, but he wasn’t much help.

Donnelly found safety violations on Marino’s rig, and the driver’s paperwork didn’t look right as to the registration and title, Baldwin said.

As they were from outside the state and their fines were hefty, police took Dillon and Marino before Magisterial Court Judge David L. Brian, Landisville, for arraignment.

Neither trucker could pay the amounts they owed, and both were committed to Lancaster County Prison, police said.” 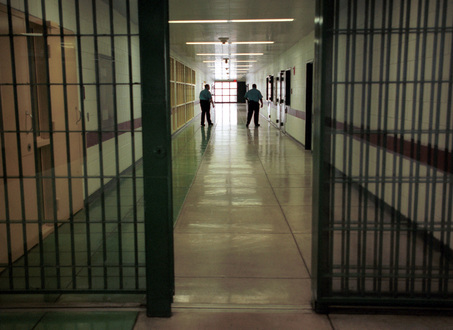 I have a call in to officer John Donnelly to see if there may be more to this story and let him tell his side but he has not yet returned my call.

Here is the response from one of the tranporters:

My name is John Marino Jr. I’m the owner of JEM Transport Inc. I just wanted to thank you for posting about my plight on your website. Unfortunately there is more to the story than was reported by the Lancaster paper. My father owns Triple J Enterprises of PA LLC based out of Manheim, PA. His driver (Rob Dillon) was stopped by officer Michael Kuntz of Manheim Township for having no front license plate on his truck. He had a temporary apportioned registration from PA that was apparently expired. This carries a $3445 fine in Manheim. Another officer (Donnely) then did a full inspection on Rob’s truck and found several equipment violations as explained in the article. He then instructed Rob to call someone from Triple J to come down so he could “clear up the situation”. I agreed to represent my father’s company in the matter. I then proceeded to the Wawa where Rob was pulled over (a private parking lot where it is not technically legal to do a DOT inspection). When I arrived I asked officer Kuntz why he wanted to see me and he proceeded to grill me about my temporary registration as well. I explained to him that I was only in town to register my BRAND NEW truck in my BRAND NEW company name. He then decided that I was actually trying to do commerce in PA, even though I had no vehicles on my truck, and slapped me with the same fine as Rob as well as a fine of $150 for not having an IFTA sticker. He refused to comprehend the fact that I was on my way to have the truck registered, the vin confirmed and get an IFTA sticker even though I had my original title, corporate documents and insurance information in the truck with me. After spending about an hour waiting for the officers to complete their paperwork they informed Rob and I that the judge would like to see us and that we would probably have to pay some form of collateral or “small” deposit towards the tickets. We agree amicably and at this point the officers inform us that we will have to be handcuffed and transported in a prisoner transport to the courthouse. This was totally unnecessary as we had not given the officers any reason to handcuff us. We then arrived at the courthouse where the judge informed us that because we were “f***ing New Yorkers” that if he let us off easy he would never see us again. Keep in mind that we both have clean licenses, no criminal records at all and both businesses are based in Manheim. I pleaded with the Judge and offered him the $2000 I had in my pocket as a deposit. He refused and then explained to us because we were a flight risk we would be held as collateral at the Lancaster County Prison until someone could come up with the entire $8400 that was required to pay the fine. My father promptly drove 4 plus hours from New York to get us out of jail but did not get there on time. We were forced to stay the night in prison and didn’t get out until almost 3pm the next day. Overall Wednesday was the worst day of my life without question and my treatment was deplorable and totally unwarranted as Rob and l treated the officers with nothing but the utmost respect.

9 Responses to Should there be prison time for equipment violations?