Teamster contract approved by a landslide 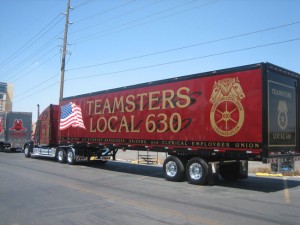 Was this contract that much better than the first one they turned down? Well, it was substantially better in some key areas but I think it has more to do with the auto transport industry feeling the impact of the economic trouble the big three auto makers are in. Another factor is the successful efforts by non-union auto transporters to land contracts. Another round of strikes would have really swung the door open for the non-union carriers who got their foot in the door during the PTS strike. Here is what one teamster had to say:

NON-union is taking our jobs…
United Road has moved into Ontario and has hired driver for a mere $700.00 per week thru a driver service… Hauling Toyotas
What next?

One Response to Teamster contract approved by a landslide