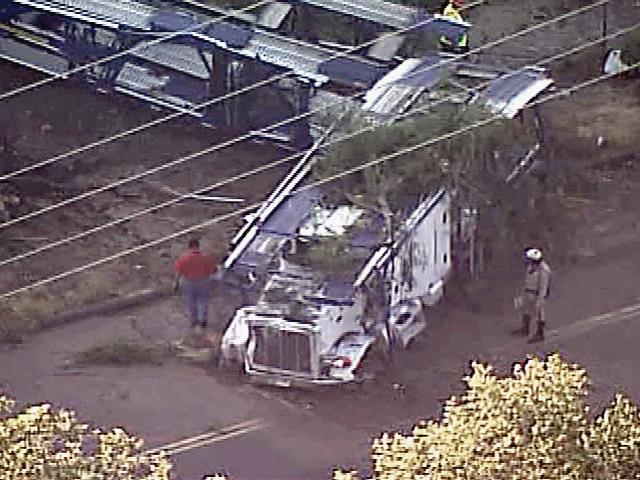 control and he left the roadway and went down an embankment. Rescue personnel were able to transport him to a hospital where he died. The transporter was empty at the time of the crash and no other serious injuries have been reported. From the pictures it looks like it was a United Road truck. Several of the media reports list it as a roll-over accident but I don’t think the pictures look like it rolled.

This entry was posted in Auto Transport and tagged accident, wrecks. Bookmark the permalink.